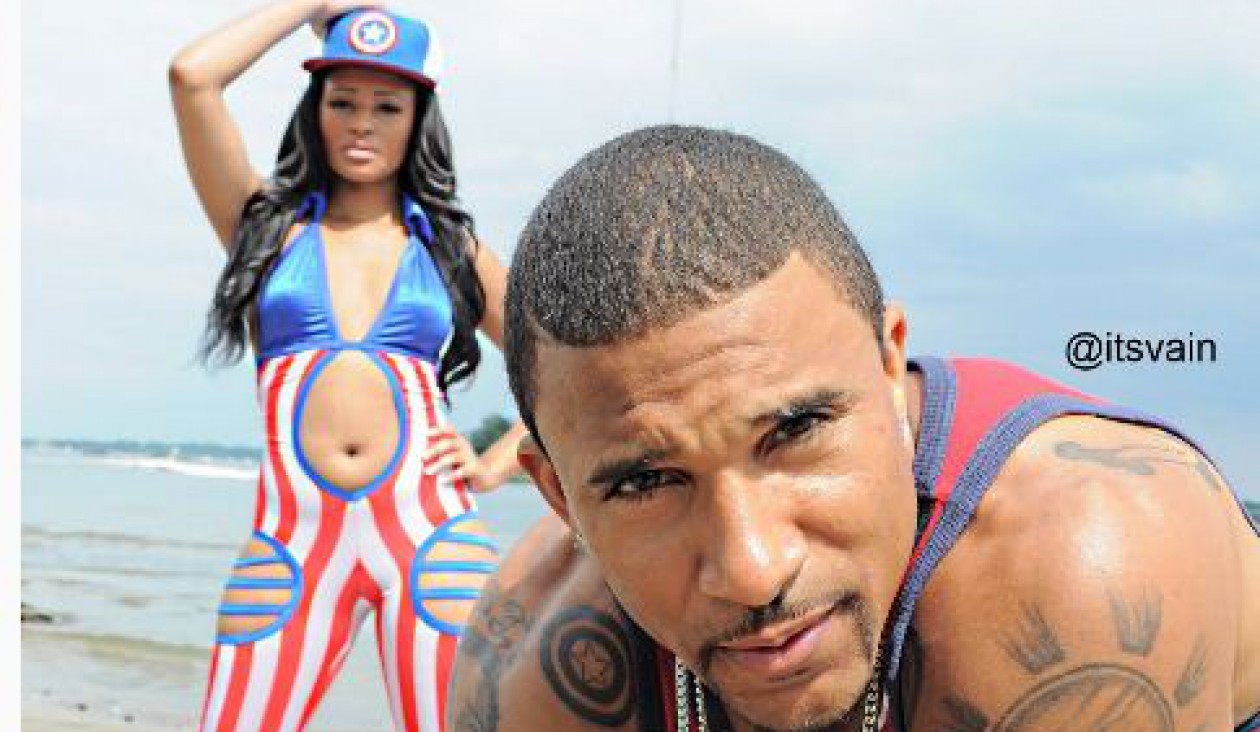 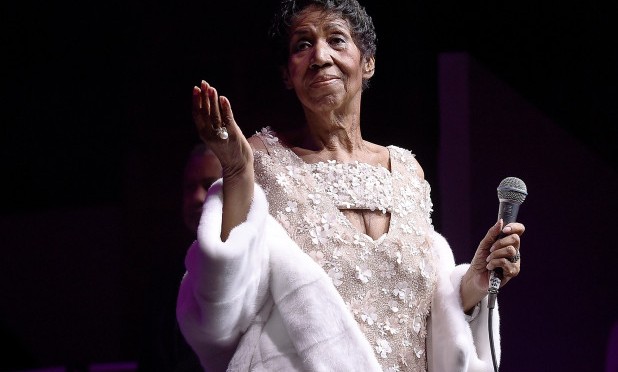 According to a recent TMZ report, Aretha Franklin left no will. 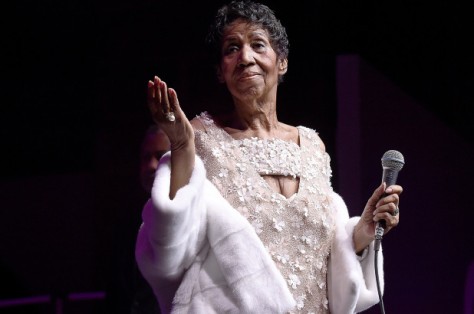 TMZ was able to get ahold of court documents which said that the Queen of Soul was “intestate” which means she died without leaving a will. The report comes as a surprise considering some of Franklin’s pressing financial obligations, including leaving the proper finances behind to care for her special needs son, Clarence.

Michigan law states that Aretha’s four children will split her estate, equally. Aretha Franklin died August 16 from complications with pancreatic cancer. She was 76.

Earlier this year, it was reported that Fabolous was expected to take a plea deal in his domestic abuse case with the mother of two of his kids, Emily Bustamante. The plea deal reportedly would’ve had Fabolous’ charges dismissed after he completed the pre-trial intervention program, but now the case is possibly headed to a Grand Jury. 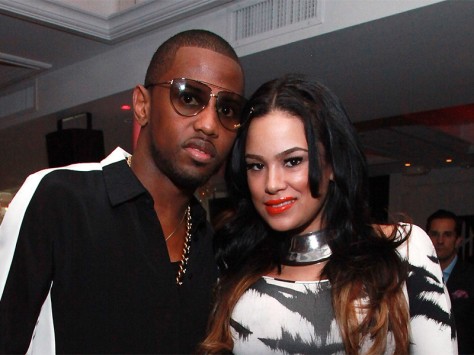 According to reports, documents surfaced saying Cardi B and Offset are already married. The two have been preparing for their union for some time following the announcement of a child, but they may have already gone through with it.

A marriage certificate from Fulton County, Georgia shows both artists real name, with the date September 20, 2017. According to TMZ, the proposal that took place in Philadelphia at Power 99’s October 2017 ’Powerhouse’ concert may have been for show, because the couple was already married for about a month.

Ray J and wife, Princess Love, have welcomed a baby girl. They confirmed the news via an Instagram post that included a sweet video of the couple on their journey to becoming parents. At the end of the video, Ray J confirmed the arrival of their daughter.

While co-hosting the daytime talk show, The Real, back in November, Ray J revealed that he and Princess Love were expecting their first child.

Prior to this announcement, there had been much speculation that Princess Love and he were expecting. The couple were married in August 2016 and detailed their personal struggles with fertility on the fourth season of Love & Hip Hop: Hollywood.

Ray J spoke about how the two of them had been trying for awhile and had a hard time conceiving at first. He revealed that they don’t know exactly when it happened but that it was so special when they found out. He spoke about how it’s not as easy as people tend to think. That some can “go on tour and get everybody pregnant” where that didn’t happen for the two of them.

Multiple celebrity couples have opened up about their battles with infertility lately and their transparency can help to provide context for so many who are struggling with the same thing that may feel all alone or as if they don’t have an outlet.

Before knowing the gender of the baby, Ray J admitted that he did want a little girl first because he wanted the father/daughter relationship of having a “daddy’s girl.” He thought that a boy would be a “little more aggressive” and he just wanted a bit of peace the first time around.

This is a bit of an archaic notion of how babies and children act based on gender. Little girls can be fiery balls of sass and energy in equal parts to their brothers or male cousins.

At this time, the name of their new baby girl has not been released. 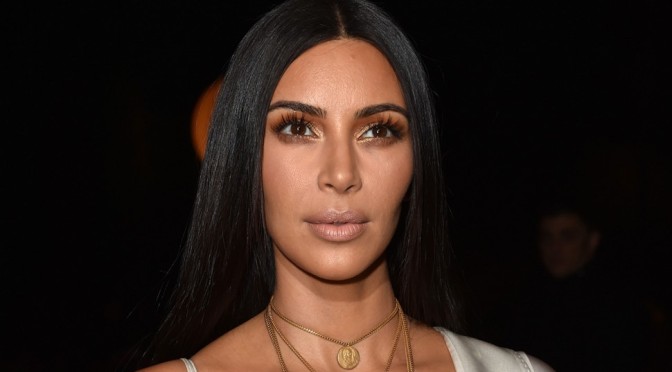 In the tabloids, there’s been talk courtesy of sources that Khloé Kardashian’s family believes she deserves better than Tristan Thompson, her NBA-player boyfriend who was publicly revealed to have allegedly cheated on her multiple times days before she gave birth to their daughter, True.

Now, her sister Kim Kardashian is the first to come out publicly against Tristan. She spoke out about his behavior on the Ellen DeGeneres show and additionally unfollowed him on Instagram. Kim’s silence—and with it, look of civil neutrality—are done.

The Instagram unfollow comes shortly after Ellen DeGeneres shared a preview clip of Kim’s appearance on her show Friday. The full interview airs today. Ellen asked Kim about her feelings regarding the Tristan situation. Kim did not hold back:

“Like, I don’t even know how to describe it other than it’s just so fucked up. We really were rooting for Khloé. And we still are. She’s so strong and she’s doing the best she can. It’s a really sad situation all over. I kind of made this rule with my brother: if there’s a baby involved, I’m not going talk—I’m going to keep it cute and keep it classy and not talk too bad on [the parent]—I’m going to try not to say anything too negative because one day, True is going to see this, and it’s just, you know, so messed up.”

All of Kim’s sisters—Khloé Kardashian, Kourtney Kardashian, Kylie Jenner, and Kendall Jenner—and her mother Kris Jenner still follow Tristan on Instagram. None of them have said anything against him publicly on the record.

Khloé herself, People reported on April 25, has made “no decision” on her future with him, a source said, and is “delaying that conversation until she’s ready.” 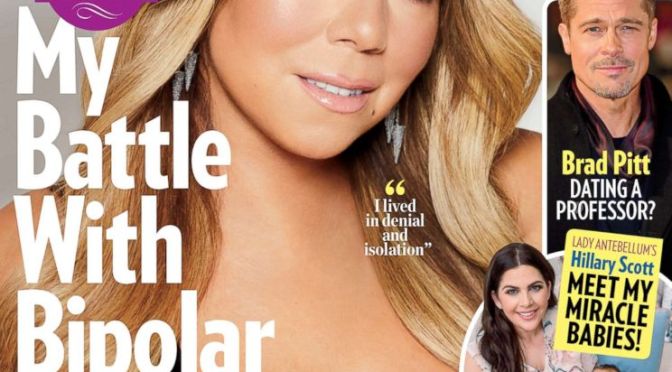 Mariah Carey has spoken for the first time about her 17-year battle with bipolar disorder.

The singer told People she was first diagnosed with the condition in 2001 after a mental breakdown which resulted in her being admitted to hospital.

Carey, who has sold 200 million records worldwide, said she only recently has sought medical treatment.

She said it came after “the hardest couple of years I’ve been through”.

“Until recently I lived in denial and isolation and in constant fear someone would expose me,” she explained.

“It was too heavy a burden to carry and I simply couldn’t do that anymore.

“I sought and received treatment, I put positive people around me and I got back to doing what I love – writing songs and making music.”

Carey said she is now having therapy and taking medication for bipolar disorder, which has caused her to have periods of depression and hypomania, which can cause irritability and insomnia.

“I’m actually taking medication that seems to be pretty good. It’s not making me feel too tired or sluggish or anything like that. Finding the proper balance is what is most important,” she told People.

She added that for a long time she thought she had “severe sleep disorder” but whilst working on her album in the studio released “it wasn’t normal insomnia”. 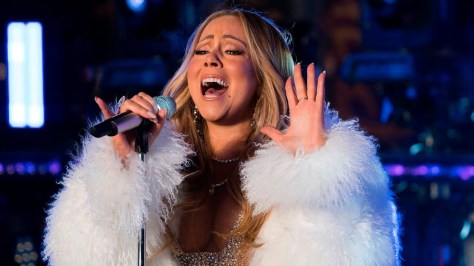 “I was irritable and in constant fear of letting people down,” she added.

“I guess my depressive episodes were characterized by having very low energy. I would feel so lonely and sad – even guilty that I wasn’t doing what I needed to be doing for my career.”

It’s official: after months of secrecy surrounding her pregnancy, Kylie Jenner is a mom. 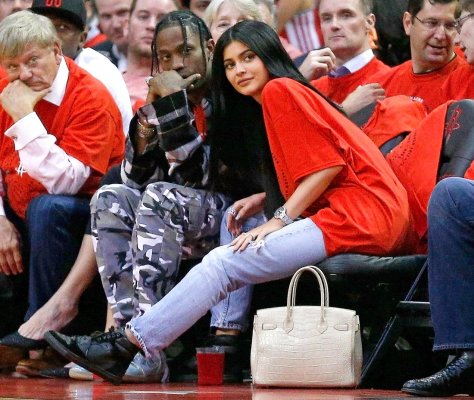 The 20-year-old reality star and beauty mogul gave birth to a baby girl on Feb. 1, she confirmed on Instagram, Sunday. The little girl weighed in at 8 lbs., 9 oz. and arrived at 4:43 p.m. local time.

The new arrival is the first child for Jenner and boyfriend Travis Scott.

“I’m sorry for keeping you in the dark through all the assumptions,” wrote Jenner. “I understand you’re used to me bringing you along on all my journeys. My pregnancy was one I chose not to do in front of the world.”

Continued Jenner, “I knew for myself I needed to prepare for this role of a lifetime in the most positive, stress free, and healthy way I knew how. There was no gotcha moment, no big paid reveal I had planned. I knew my baby would feel every stress and every emotion so I chose to do it this way for my little life and our happiness.”

“Pregnancy has been the most beautiful, empowering, and life changing experience I’ve had in my entire life and I’m actually going to miss it,” she said. “I appreciate my friends and especially my family for helping me make this special moment as private as we could. My beautiful and healthy baby girl arrived February 1st and I just couldn’t wait to share this blessing. I’ve never felt love and happiness like this I could burst! Thank you for understanding.”

Jenner also shared a lengthy montage of videos from her pregnancy, including a quick shot of her and the baby in the delivery room after her arrival. 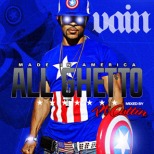 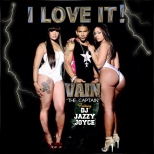 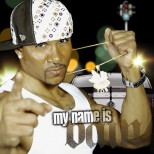 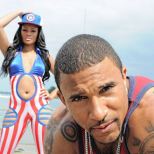