“U Need Luv,” is a Track by Rap Artist VAIN and Grammy Award Winning Producer RaphaelRJ2.
VAIN who has collaborated with the likes of Tony Yayo, Lil Mo, Red Cafe, Jim Jones, Slim of 112 and Jazzy Joyce continues bringing you the hits with his latest track , “U Need Luv.”
VAIN and RaphaelRJ2 put a twist and some Street Flava on  LL Cool J’s 1987 Classic Track,” I Need Love.”  VAIN and RaphaelRJ2 made this track Strictly for the Grown and Sexy!!
The video was filmed in iconic NYC Coney Island and features Cover Model International Rita!

“U Need Luv,” is a Track by Rap Artist VAIN and Grammy Award Winning Producer RaphaelRJ2.
VAIN who has collaborated with the likes of Tony Yayo, Lil Mo, Red Cafe, Jim Jones, Slim of 112 and Jazzy Joyce continues bringing you the hits with his latest track , “U Need Luv.”
VAIN and RaphaelRJ2 put a twist and some Street Flava on  LL Cool J’s 1987 Classic Track,” I Need Love.”  VAIN and RaphaelRJ2 made this track Strictly for the Grown and Sexy!!
The video was filmed in iconic NYC Coney Island and features Cover Model International Rita!

Nashville officer Andrew Delke was charged with criminal homicide for fatally shooting Daniel Hambrick, 25, in the back as he ran from the officer. Delke’s attorney says he plans to plead not guilty in the case.

In late July, Delke was in the area looking for stolen vehicles and became suspicious of an Impala who he says “conceded the right of way by not pulling out in front of him.” After running the plates on the car and determining it wasn’t stolen, Delke continued to follow the car to develop a reason to stop it. When Delke parked his car in a nearby apartment complex, he says that’s when he saw Hambrick running away.

Video footage shows Delke chasing Hambrick and in a matter of seconds, the man falls to the ground after being shot. Delke claims that Hambrick was holding a gun, which he told him to drop, and when he didn’t, the officer shot four times, hitting Hambrick in the head, back, and left torso. Authorities recovered a gun from the scene.

Delke turned himself in on Thursday (September 27) and he was released on $25,000 bail.

According to a report, Kelis allegedly left her nanny stranded while overseas, and now has to pay almost $18,000 to the woman.

The nanny—Soraya Tascon was with Kelis while the singer was on tour in June 2016. Tascon was taking care of Kelis’ then six-month-old baby and seven-month-old son that she and Nas have together. Kelis reportedly was supposed to give the nanny $750 a week to take care of her children, but did not do so. When they reached London, Kelis fired the nanny and didn’t pay for a plane ticket for the woman to get back to Los Angeles.

A rookie police officer in Detroit was recently fired for a post he made via Snapchat. The officer referred to potential suspects as “zoo animals.”

Former officer Sean Bostwick was let go according to Detroit police chief James Craig, who revealed the news during a press conference regarding the matter. Craig said “He was terminated. This is his last day on our payroll. Tomorrow, he will no longer be a Detroit, police officer. He is clear on that.”

Bostwick’s caption on his post said: “Another night to [wrangle] up these zoo animals.” A former Detroit police officer caught wind of the post and shared it to his Facebook with the caption “This is a newly appointed Detroit Police Officer. The caption speaks for itself.”

James Craig noted he met with Bostwick in person to let him know that he was being fired as a result of the post. 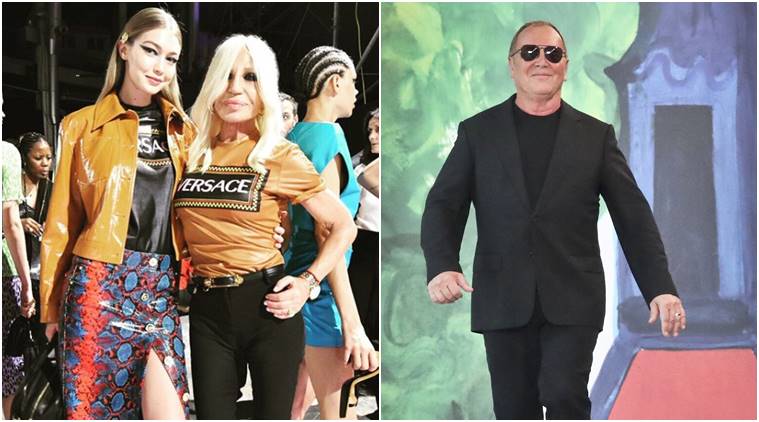 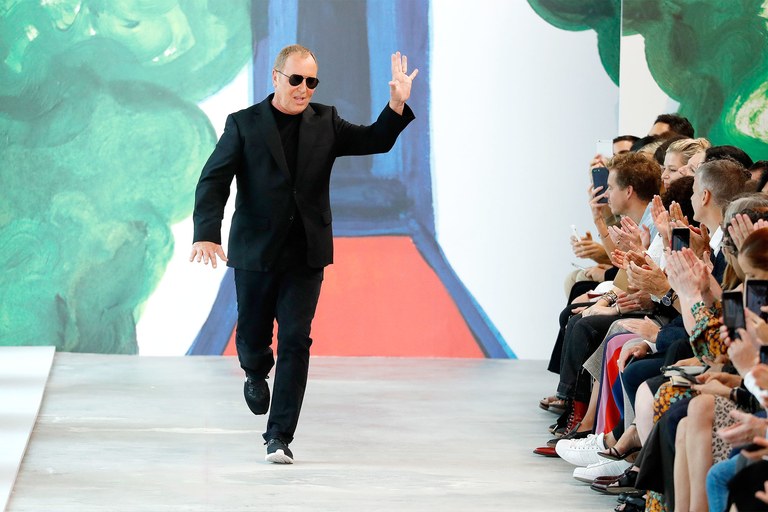 In 1993, producer Jermaine Dupri launched his So So Def record label to showcase southern hip-hop artists. In the quarter-century since then, the imprint has worked with a slew of big-name artists from the ’90s and 2000s, including Jagged Edge, Daz Dillinger, Da Brat, Bow Wow, Kriss Kross, and Anthony Hamilton. 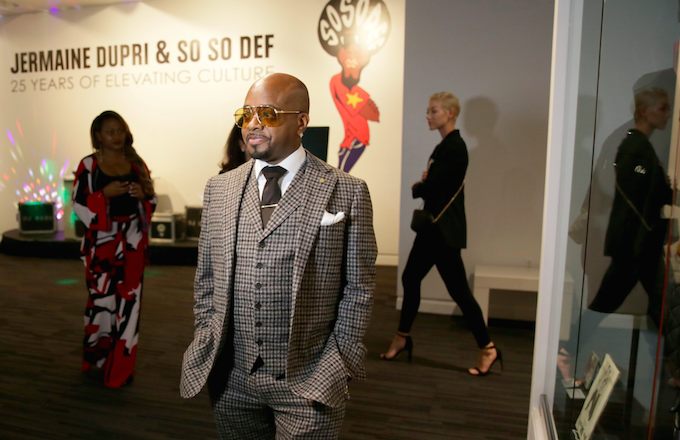 In celebration of the record label’s achievements and cultural influence, the Grammy Museum has launched a four-month exhibit dedicated entirely to So So Def. Billboard reports this is the first time a hip-hop label has received its own show at the Los Angeles facility. The show will feature stage outfits, photos, and other memorabilia from the label’s stars.

“Considering this year marks the 45th anniversary of hip-hop, it is remarkable that So So Def is celebrating 25 years of extraordinary success in the industry,” Grammy Museum curator Nwaka Onwusa said in a statement. “It is impossible to showcase everything that Jermaine Dupri has done to elevate Atlanta hip-hop and the far-reaching influence of So So Def throughout the world. The Grammy Museum is very excited to present this look into the label’s enduring legacy.” 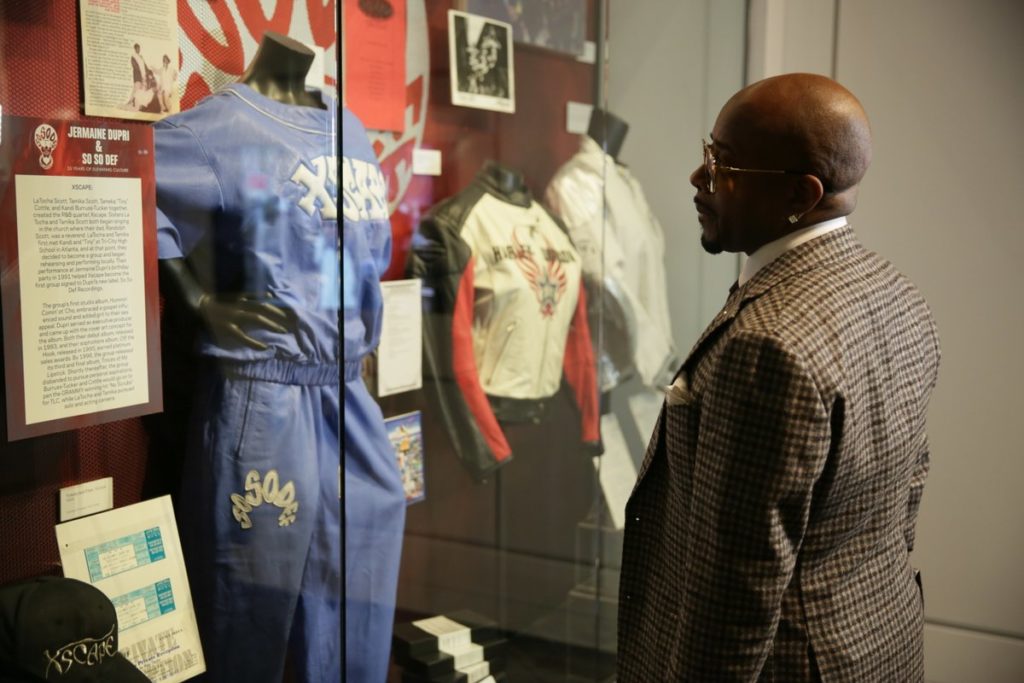 The exhibit kicked off Wednesday night with an appearance by Dupri and a number of his So So Def associates. The producer spoke about the label’s milestones, its role in the Atlanta culture, as well as his induction into the Songwriters Hall of Fame.

“My first visit to the Grammy Museum was around the time it opened and they created the ‘Make a Record with Jermaine Dupri’ experience,” Dupri said. “It’s such an honor to return for this meaningful tribute to So So Def, Jermaine Dupri and the city of Atlanta.”

The exhibit, called Jermaine Dupri & So So Def: 25 Years of Elevating Culture, will run through January. You can learn more about the show, including how to cop tickets, at the Grammy website.

The So So Def family will also hit the road next month for the 25th anniversary Cultural Curren$y Tour. The trek will kick off Oct. 14 in Washington, D.C., and include performances by Xscape, Hamilton, Da Brat, and Jagged Edge.